(Remember the Flowers contains themes of an adult nature - you must be 18 or older to play.)

This story follows the tale of an amnesiac man.

With memories fleeting,  he wakes up in what seems to be a new world.

The only thing he's certain of is his desire to return home.

The only question is: what has become of it?

-- Some potential spoilers ahead--

[I know his name's Lance, but he'll always be Lance/Cooper to me.]

The loop of HSC's track, On Your Knees for Mommy, is so seamless, I swear.

I feel teased about the shower, like dangling a juicy, meaty scene Infront of us but not giving it (completely intentional word choice)

might/might not have screamed seeing the upd

Was anyone else expecting Diana when Lance was talking to I think she said her name was Lilath?

People use lotion for that??? What?

WHAT? DID I UNDERSTAND CORRECTLY? THE WOMAN WHO HIRED LANCE IS CYRUS' MOTHER? OHHH MY GOSH... 😳 This is VERY unexpected 🤯

She is diana, i THINK

Say what I'll believe it when I see it

I completely missed it but WTF, REALLY?? 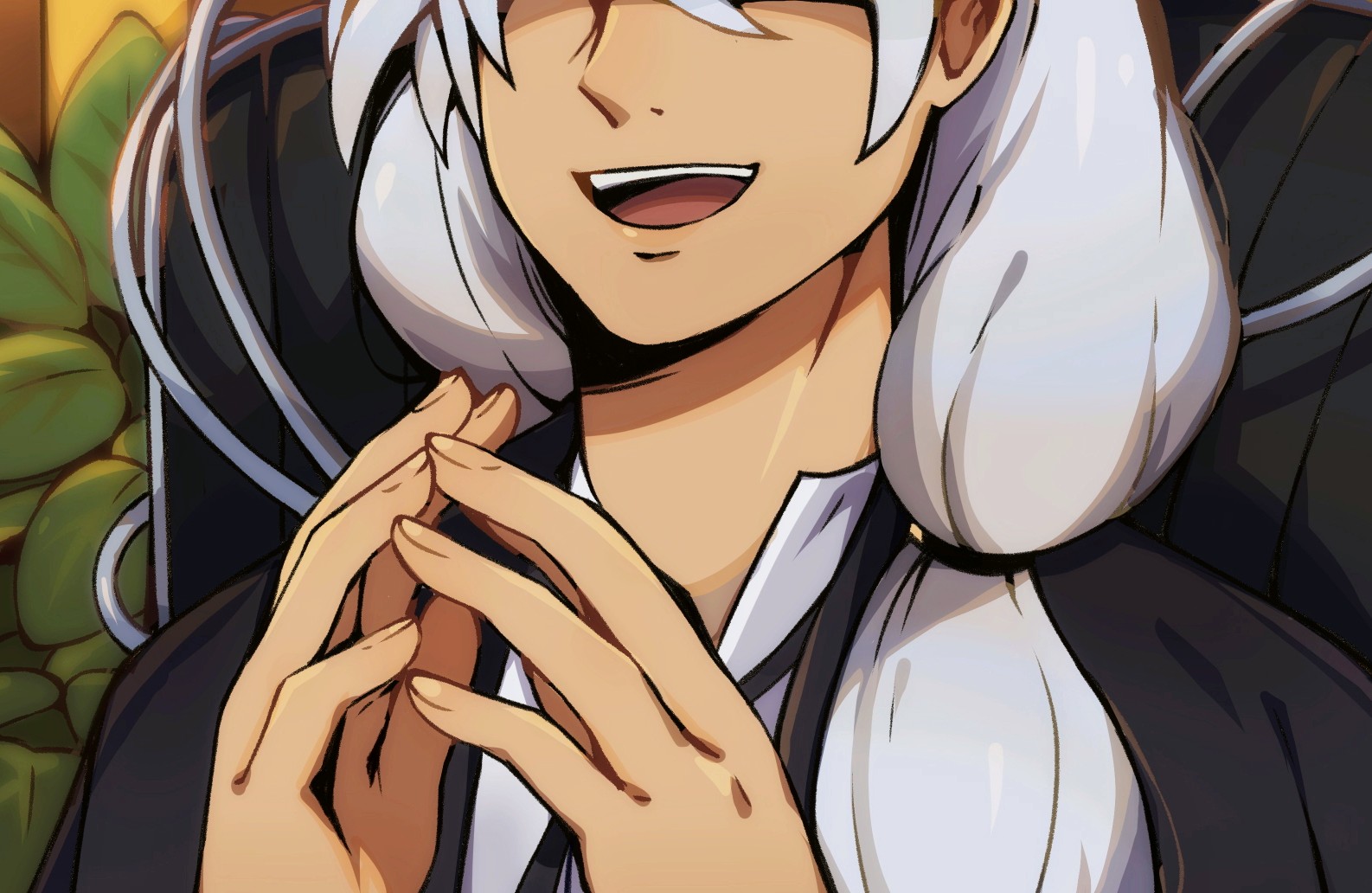 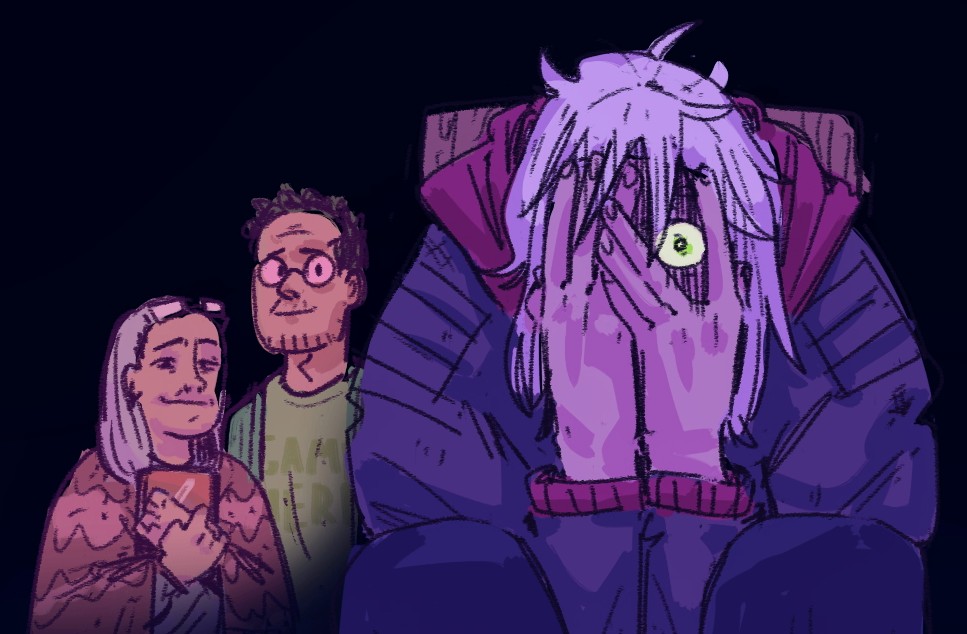 I can't say for sure, but the hair color is the same, in the RTF we saw only 3 humans with white hair. It could be that Cyrus' mom got implants or body parts replaced, so far there is no confirmation. Let's wait for chapter 14, maybe this chapter will at least explain something to us.

I really don't think it's his mother. Cyrus' hair originally isn't white. It turned white while he was kept in "hibernation" or whatever. This just indicates, along with the "ancient" stuff in the room , that she is most likely from the same time period as Cyrus (give or take a year), and they are in similar shoes.(The girl is also young, i don't think "hibernation" can reverse your age, but it sure can "freeze" it) I think it's either Diana under a different name for whatever reason (due to the hairstyle and the plants), or a new character entirely (perhaps related to her?).

Wait how do you know Vivian is cyrus mother's name

I don't know Cyrus' mother's name, it's just my guess.

it could just be the hair color but if that were the case  that'd be very confusing. I was thinking a certain plant loving character we know

,..... you did NOT move the line down enough for the "View rest" to appear and i just felt the wind getting knocked out of my chest as i read that without noticing the spoiler.

This vn really something else, really enjoy it thou, can't wait for upcoming updates!!!

It has great characters, amazing artwork, and even better story!

I'm really impressed with this VN and we genuinely can't wait for even more content, Great work and keep making amazing content!

I didn't know I could be devastated so many times in one VN.

I love everything. And yet, I have do much bittersweet feeling. That also made me cry a lot.

Cannot wait for the next update.

This VN certainly made my nose runny and eyes teary for days.

Awesome work, even it was so difficult to read those blurred letters at the end of the last updtate 🥺

I just wanted to read the vn cause of the buff wolf daddy. But now I'm traumatized and he's a twink

I came for the wolf but realized something new. I'm into the Tiger... Wolf got me in Tiger made me stay wanting more

After playing 13 chapters, I choked up for a long time, this is the best game I have ever played, thank the author greatly to show the wonderful and touching plot, it is so good to cry (wuwuwu~), looking forward to the future plot!!

I binged this over the last few days and have to say its one of my favs. Great work guys keep up the awesome work!!!

Started reading the VN since the beginning of December. Finally finishing all chapters and OMG I AM FREAKING HOOKED with the story! It was a great reading experience and enjoyed every moment of it and I am looking forward the next update. Keep up the good work developers! 🤩

This is so cute, but I hope you can compress the files.

I'm from Brazil, and man, what an amazing game, I could see the immense love you guys put into this game, you're definitely doing something amazing

Did you have to make Aaron so adorable?

Absolutely nothing else has ruined me quite like this game. Absolutely loved it - 10/10, will cry again

don't cry  my sweetheart come on my shoulders...😂

Congratulations, you somehow made him even cuter.

Maybe. I think it's he closes his eyes when talking to others because people considered his black sclera as creepy or demonic and probably hated that couldn't make friends, so he learnt to keeps his eyes shut around people he isn't comfortable around.

I mean at 1st I was a little intimidated about his black sclera, but I like them.

Chapter 13 has me weeping

...I finally made it to chapter thirteen.
Istg I'm gonna cry

What's the song that plays when Cooper and Cyrus are on the train talking?

An Offering by As Seas Exhale

The best update so far, i like this story so much(its my favorite vn lol) my only suggestion to the developer this is so that you can make a choice that affects to the story, for 13 chapters there was not a single choice, although this is not a problem, I'd just like to somehow interact with the story

Hi there! I am happy to see you enjoyed the latest chapter, we worked on hard on it!

Unfortunately, there likely won’t be any choices. RtF is a linear story with one ending in mind. We are following the POV of the main character through his journey.

Oh, that's all right, I thought maybe there would be a choice between Lance (maybe Cyrus will forgive him, I thought so at least) and Aaron or something, but for me it would be cool if Cyrus was just happy with Aaron cause that's what i would be happy with :)

I honestly prefer RtF being a Linear story too many pathways/routes don't seem to be a good fit for this story in my opinion. I'm loving how its going and if there will never be a NSFW scene in this story, I'm all for it.

Maybe a hint that Cyrus caught some persons in the act by hearing something is fine.  That's all and don't put a moaning sound to it like what FBtW did, as much as liked it, it scared me because my volume was too high.

I love the fuck out of this story, but the very suggestion of cutting pasta makes me want to cut...something else :)

This update made me cry 😢 it was amazing  and emotional

Remember the Flowers is so far one of the best stories that I have read to date. The characters, story, and twists are all really wonderful. The main character in particular, Cyrus, has a lot of depth and isn't obnoxious or childish making him a realistic and likable character. The story so far has shied away from any pretentious fan service which I feel has benefitted the story by keeping it quite focused and enjoyable. I really have enjoyed this story and can't wait to see any future installments that are to come!

please forgive me for my bad english .

WARNING : MY COMMENT ABOUT THIS AMAZINGG VN HAVE CONTAIN SOME SPOILERS SO PLEASE DONT READ IT IF YOU DONT WANT ANY SPOILERS

Knowing about the Resoom and what they actually do there messed me up so bad it gave me the chills.

AND IIII MISSSS DAMIOOOOONNN SOO MUCH !!!! i would loove to know their story together and OOOMAAAYGOOSH I STILL CANNOT BELIEVE THAT DAMION IS DEAD AND HERE I THOUGHT THAT CYRUS AND DAMION IS GOING TO MEET ONE DAY AND LIVE HAPPILY TOGETHER AGAIN.

BUT AFTER MEETING ZADDY AARON IT GAVE ME HOPES THAT ONEDAY HOPING EITHER CYRUS OR AARON WILL TELL HOW THEY REALLY FEEL ABOUT EACHOTHER ( BECAUSE I CAN TELL THERE SOME CHEMISTRY IS GOING ON I CAN FEEL IT RIGHT FROM THE START EVEN SILVER KNOWS THAT) IM JUST HOPING THAT THEY WON`T GET SEPARATED OR EVEN ONE OF THEM DIE. BECAUSE IF THAT EVER HAPPENS IM GOING TO CRY AGAIN BECAUSE I WANT THEM TO BE TOGETHER .

BUT WHO KNOWS WHAT MIGHT HAPPEN IM NOT THE WRITTER IM JUST HOPING THAT THEY WILL BE TOGETHER .

geez it's been a while since the last time I played this VN it's still in the 7th build. and now gosh....
it's made me cry, good story there say my thanks to the writer. and I look forward for the new update.

Ah, i tought it was something I already read(Just finished chapter 12).Seems like i just fucked up here jaja

this was insane it really made me cry and emotional so good job!!

Is there something new on previous chapters? Because there is a lot of new blank spaces in the gallery. Should i continue chapter 13 or is it worth replaying it?

Some CGs just have subtle lighting effects added to them, they’re the same.

I like how Lotuses are Cyrus's favorite flower. Not sure if it was it was intentional but in many cultures the lotus flower symbolizes purity, rebirth, and strength. Which really ties in with his character and story, especially with the newest chapter. 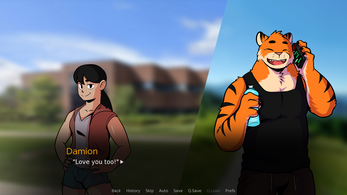 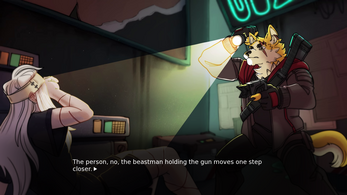 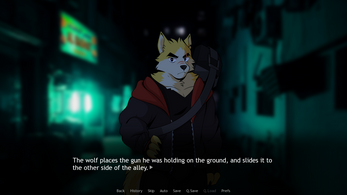 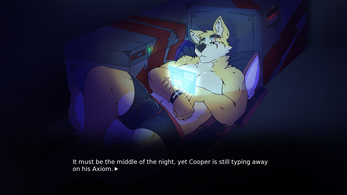